The Letters of Simeon Rosseter Loomis 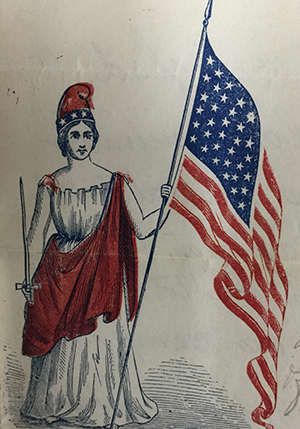 Simeon R. Loomis (1841-1899) unfolds his life as a soldier and clerk through letters to his father, detailing his routines, highlighting the events of battle, and constantly inquiring about family. From his relatively eventless, slow-paced winter of 1861 to the caution he takes in the summer of 1863 on disclosing too much information, the Civil War narrative takes shape alongside a record of his personal life. Letter after letter, he provides sympathetic descriptions of fellow wounded soldiers, quips on soldier mentality, and hints about the wider impact of the war on civilians. As Simeon’s last letters in this collection return to more mundane subjects after his military service, we are reminded that Simeon’s story goes on, just as the legacy of the Civil War continues.

First enlisted as a soldier of PA infantry from 1861 to 1863 in (Company A 13th infantry + Company G 102 PA infantry 1861-65) stationed in Virginia and Washington, D.C. areas, Simeon took a minié bullet to his left shoulder in late May of 1862, in the Battle of Seven Pines. After his injury, he served as a clerk at Headquarters in the Military District. He was discharged from military service in the August of 1863. Simeon’s older brother Luke, who is mentioned in these letters, also entered service at the same time with the PA Volunteers and belonged to (Company D 13th G 102nd + Company F 105).

The full collection includes approximately 140 letters, primarily written by Simeon but also a few written by Luke and people connected to the family. This website features a sampling of these letters, selected for their information on battles, solider life, government policy and procedures, and personal commentary on Lincoln and McClellan’s Civil War leadership. The letters’ original punctuation, spelling, and wording have been preserved; some of these artifacts of nineteenth-century thought will sound dissonant to modern readers and to values of the cultural inclusivity embraced by the Loomis Chaffee School and broader society.

The letters have been digitized and transcribed. View the letters below: