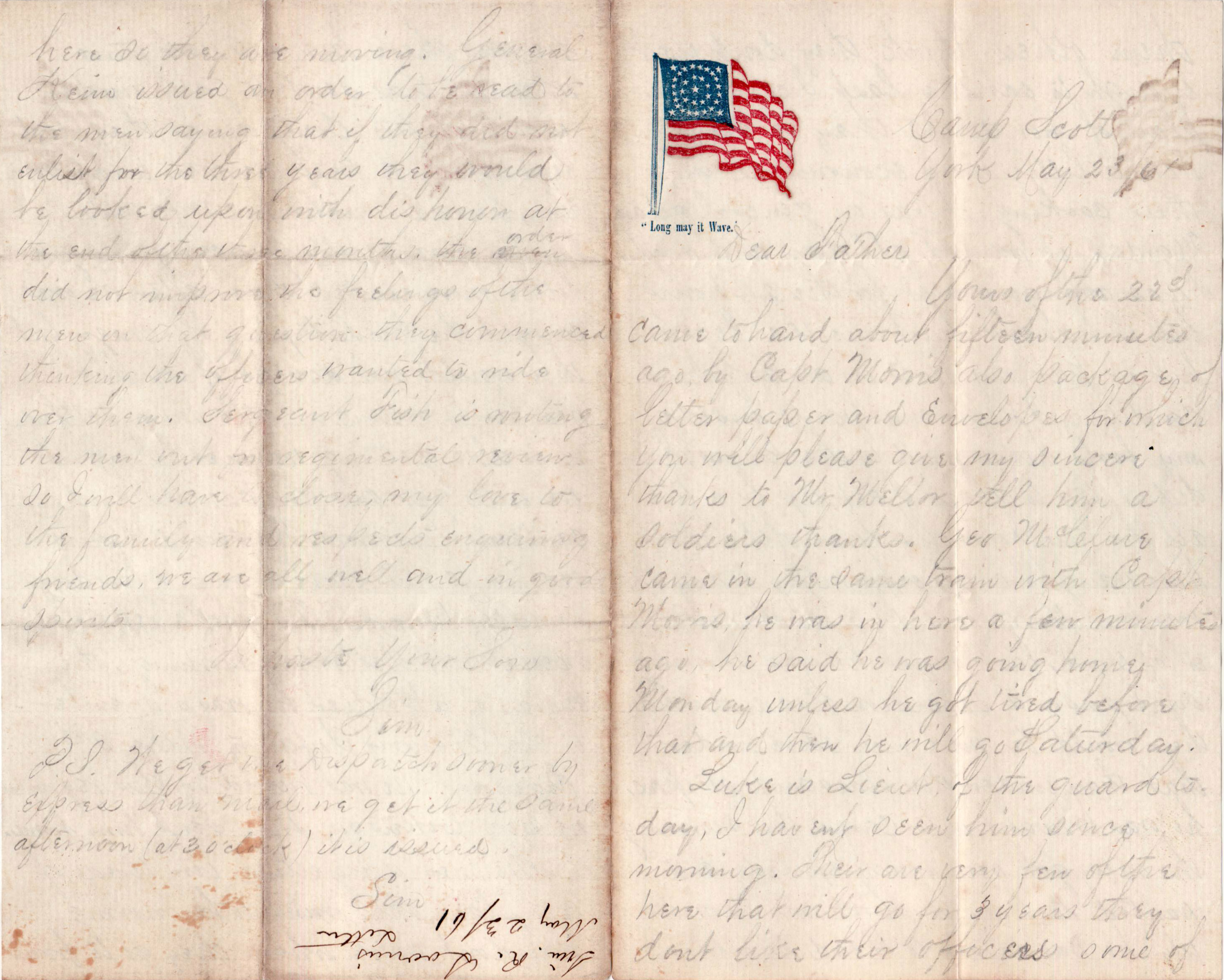 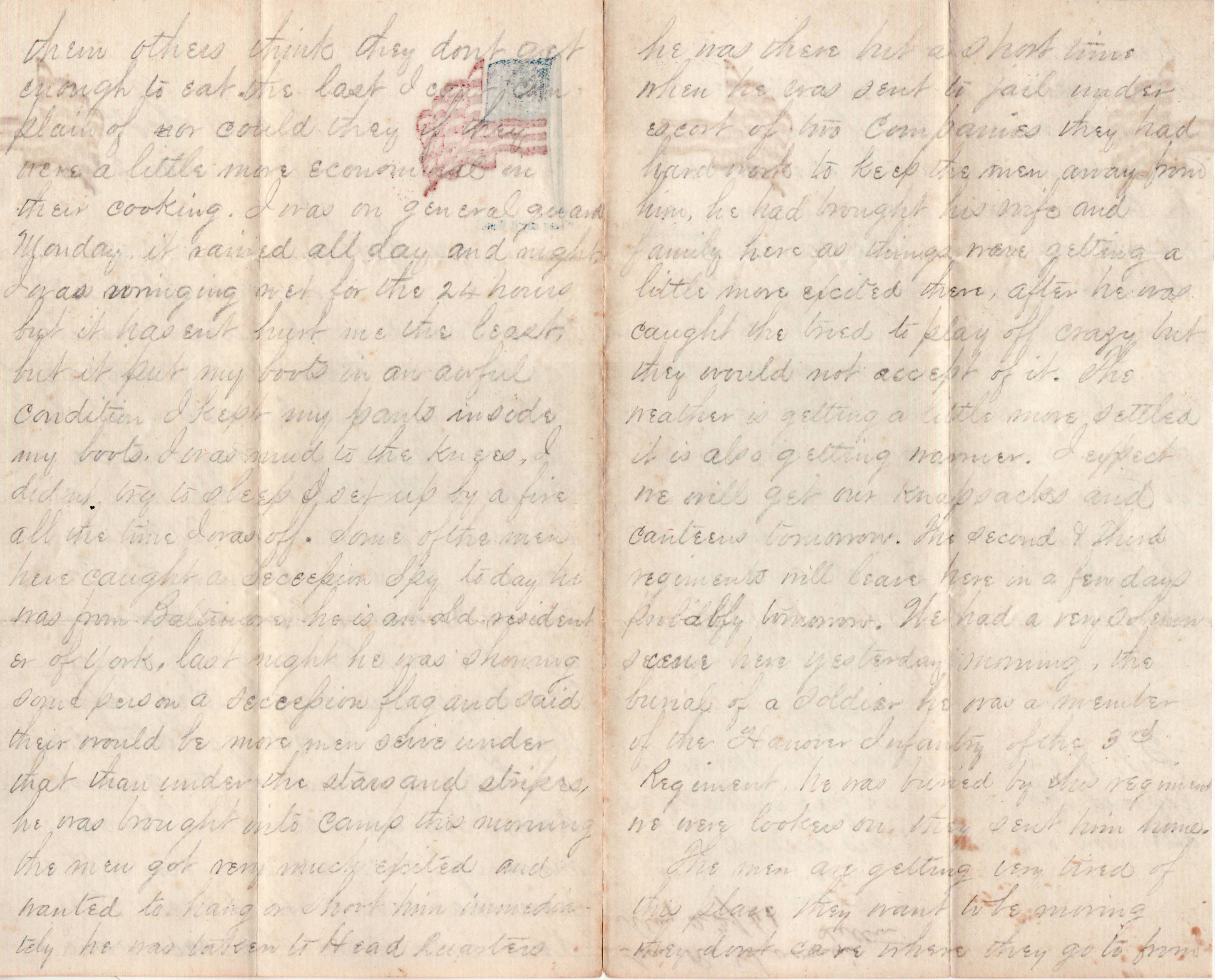 Yours of the 22d came to hand about fifteen minutes ago by Capt Morris also package of letter paper and envelopes for which you will please give my sincere thanks to Mr. Mellor tell him a soldiers thanks. Geo McClure came in the same train with Capt. Morris, he was in here a few minutes ago, he said he was going home Monday unless he got tired before that and then he will go Saturday.

Luke is Lieut. of the guard today, I havent seen him since morning. Their are very few of the here that will go for 3 years they don’t like their officers some of them others think they don’t get enough to eat. The last I cant complain of nor could they if they were a little more economical in their cooking. I was on general guard Monday, it rained all day and night. I was wringing wet for the 24 hours but it hasent hurt me the least, but it put my boots in an awful condition I kept my pants inside my boots. I was mud to the knees. I didn’t try to sleep I set up by a fire all the time I was off. Some of the men have caught a Seccession Spy today he was from Baltimore__ He is an old residenter of York. Last night he was showing some person a Seccession flag and said their would be more men serve under that than under the stars and stripes, he was brought into camp this morning the men got very much excited and wanted to hang or shoot him immediately he was taken to Head Quarters he was there but a short time when he was sent to jail under escort of two Companies they had hard work to keep the men away from him, he had brought his wife and family here as things were getting a little more excited there, after he was caught he tried to play off crazy but they would not accept of it. The weather is getting a little more settled it is also getting warmer. I expect we will get our knapsacks and canteens tomorrow. The second & third regiments will leave here in a few days probably tomorrow. We had a very solemn scene here yesterday morning. the burial of a soldier he was a member of the Hanover Infantry of the 3rd Regiment he was buried by his regiment we were lookers on. they sent him home.

The men are getting very tired of this place they want to be moving they dont care where they go to from here so they are moving. General Keim issued an order to be read to the men saying that if they did not enlist for the three years they would be looked upon with dishonor at the end of the three months. the order did not improve the feelings of the men on that question. they commenced thinking the officers wanted to ride over them. Sergeant Fish is writing the men out for regimental review so I will have to close, my love to the family and respects enquiring friends, we are all well and in good spirits

In haste Your Son
Sim

P.S. We get the Dispatch sooner by express than mail. we get it the same afternoon (at 3 o’clock) it is issued.