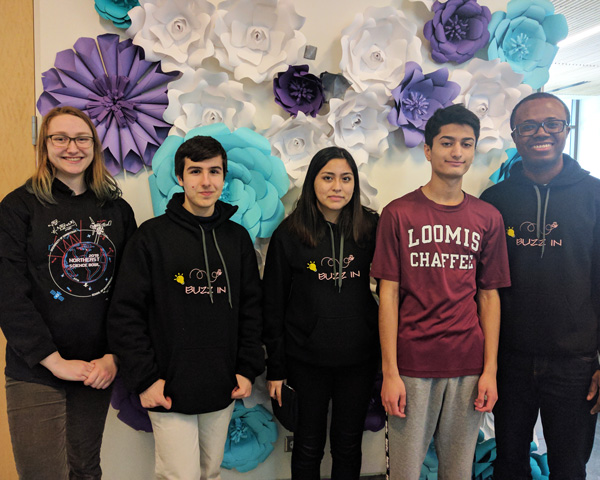 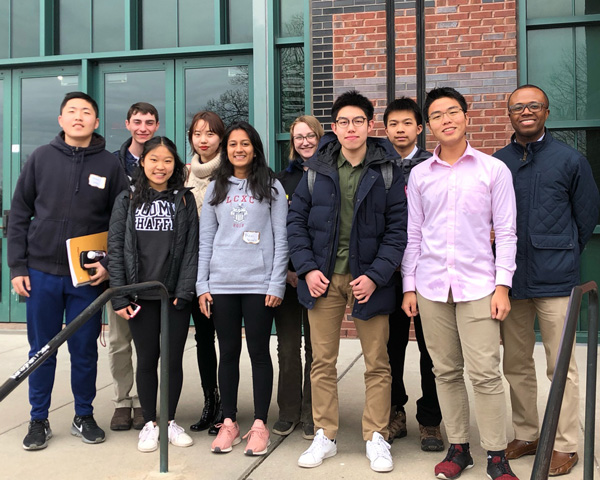 Congratulations to Loomis Chaffee science students for their successes at recent state and regional science competitions!

The Science Bowl team placed eighth out of 36 teams in the 2019 Northeast Regional High School Science Bowl on Sunday, March 3, on the University of Connecticut campus. The team qualified for a double-elimination tournament later in the day, but lost just before the quarterfinal round in a nail-biter against Cheshire High School. Congratulations to sophomore Aresh Pourkavoos, and juniors Julia Hoffman, Ally Velasquez, and Yusuf Zaidi. The competition was postponed from Saturday to Sunday due to snow, so the following team members were unable to attend: seniors Suman Guntupalli (co-president), Alex Choi (co-president), and Daniel Chung; juniors David Park and Wilder Burris-Wells; and freshmen Bill Ngo and Andrew Park.

Nine Loomis students participated in the 2019 Connecticut Valley Section Regional Chemistry Olympiad on Thursday, March 21, on the University of Connecticut campus. The Olympiad consists of a three-part exam, with the students who score in the top 20 percent for Part I moving on to Part II and Part III. Senior Drive Rojrachsombat and sophomores Clara Chen and Matthew Weng qualified for Parts II and III. The remaining students, juniors Julia Hoffman and Ninja Suchato; sophomores Mitali Vedula, Brett Donshik, and Skye Zhue; and freshman Ting-Yo Tan, participated in a quiz bowl-style competition and attended a lecture on the 150th year celebration of the Periodic Table of the Elements. Results for Parts II and III will be announced later this month, and the top 12 students will qualify for the National Chemistry Olympiad in April.