The Henry R. Kravis ‘63 Center for Excellence in Teaching provides the space and time to guide and nurture faculty in their pursuit of pedagogical excellence by creating a sense of ownership and intentionality surrounding professional growth; the ultimate goal is to instill in faculty the same passion for lifelong learning that we aim to instill in our students. 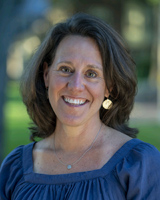 Sara Deveaux, a Cincinnati native and Midwesterner at heart, earned a B.A. from Connecticut College and an M.A. in French from Middlebury. After two years at The Gunnery School, Sara returned to Paris to complete a Masters. She then lived and worked at Westminster School where she spent 22 years as a teacher, administrator, coach and dorm parent. Sara currently teaches CL French and enjoys guiding her students not only toward a fluency of expression and a love of learning, but also toward a greater understanding of the diverse cultures in the world in which they live. Sara is a co-lead language teacher at Klingenstein Summer Institute, a program for early-career teachers through Teachers College at Columbia University. Sara is currently working as a co-author of a new textbook, EntreCultures, to be published by Wayside. Sara lives in Fairfield, Conn. with her husband, Jon (Head of School at Fairfield Country Day), and children, Ellie and Katie. She enjoys spending time in Williamstown, Mass. where she trains for the Pan-Mass Challenge on the hills of Vermont and New York, hikes, reads and explores a variety of cultural endeavors in the Berkshires.

Brooklyn born and bred, Rachel Nisselson earned her B.A. in French at Amherst College and her Ph.D. in French literature at Vanderbilt University. She has taught students ranging in age from 8 to 22 in both France and the U.S., and in both day and boarding environments. While at Vanderbilt, Rachel helped train teaching assistants in various disciplines through the university’s Center for Teaching and co-wrote a lesson study that was published in the Journal on Excellence in College Teaching in 2016. Additional publications have appeared in The French Review and Expressions maghrébines. Rachel currently teaches French and Spanish and heads the Modern and Classical Languages department at Loomis. She lives with her husband, Adnan, and children Raphael and Anika, in Taylor Hall. She enjoys leading trips abroad, playing squash and tennis, gardening, reading, and watching films.

Last week the faculty at Loomis Chaffee participated in Open Classroom Week, an opportunity for teachers to observe, and be observed by, their colleagues in the classroom. 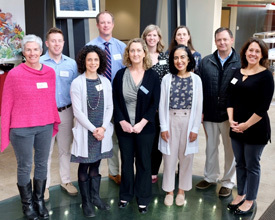 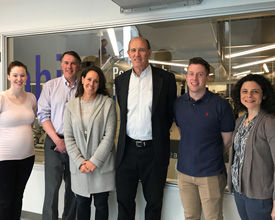 We speak with Sara Deveaux about her role as Director of the Kravis Center for Excellence in Teaching.